An Island Parish Anguilla And Me

Some year's ago I appeared in a BBC reality show called An Island Parish Anguilla. This is why I did it. 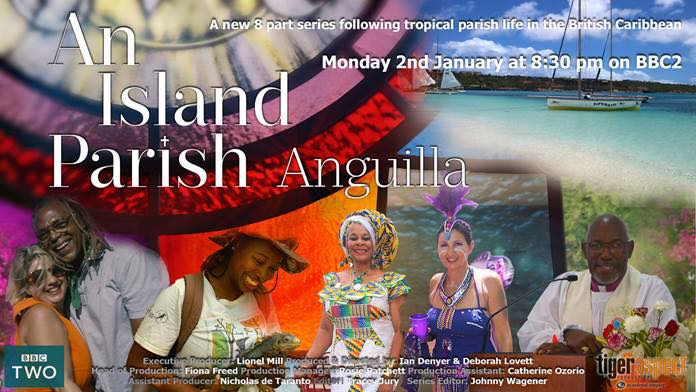 Many, many years ago before An Island Parish Anguilla was even a twinkle in the BBC’s eye there was a show called “A Country Parish” which followed the ups and downs of country life for a young inner city Vicar called Jamie, who moved to a rural community in Wiltshire. One of the villages in his Parish was Poulshot where I grew up and my family still live.

When the producers from Tiger Aspect approached me about the possibility of appearing in An Island Parish Anguilla I was able to say that not only did I know the show, but that my family and friends back home all appeared in the early version of it (my Dad was in the opening credits walking his dairy herd down the road in his most mucky farm clothes to the ongoing chagrin of my Mum).

I am no fan of reality TV but I am a fan of the BBC, respect the work of Tiger Aspect and I knew that IPA was no “Housewives Of…” more a gently entertaining travelogue with faith at its heart. After meeting the Executive Producer, who has strong links with the Caribbean, and hearing that Bishop Brooks would be the cornerstone of the show, I was confident it would be kind and fair to both Anguilla and her inhabitants and present interesting and diverse stories.

Although most people in Anguilla have never heard of it, Island Parish has a large and committed following.  My parents and some of my friends in the UK have watched every series of this show as it moved around to various beautiful and often remote locations – so I knew the production values and that it would be beautifully filmed. I thought it would delight them to see me and beautiful, sunny Anguilla ‘on the telly’ on a cold winter night (It has). I was also hopeful that it would highlight the diversity of our people, activities and events – beyond tourism-including our wonderful Lit Fest and the work of Fisheries and the ANT (which it did).

After meeting the experienced Directors/Producers I trusted that they would present Anguilla as a wonderful place to live and Anguillians as independent, interesting and welcoming people (another yes) a well as highlighting the lifestyle of some of the UK expats that have made Anguilla their home. And of course I was hopeful they would give my novel and my quest to find a publisher for it some exposure (they did!  Thank you very much).

To date roughly 2 million UK viewers have watched each of the 8 episode. Sadly hardly any Anguillians have had the chance to see it. Fingers crossed we can do something about that very soon.  I am a little biased of course but I think its an interesting, beautiful and diverse TV show and I think it will be a huge benefit to the island in the long run.

If you liked this story, you may also like: